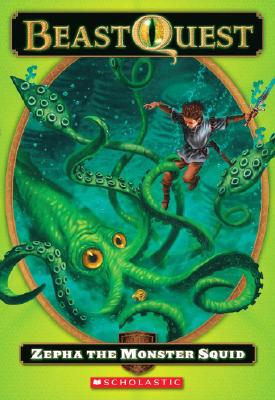 Desperate for knowledge about his mysterious father and determined to finish his quest, Tom heads west, where Cepha the Giant Squid threatens the seas. But his arrival brings back memories of his encounter with Sepron the Sea Serpent, an encounter he barely had survived. Illustrations.

Adam Blade is in his late twenties, and was born in Kent, England. His parents were both history teachers and amateur artists, and Adam grew up surrounded by his father's paintings of historic English battles which left a lifelong mark on his imagination. He was also fascinated by the ancient sword and shield that hung in his father's office. Adam's father said they were a Blade family heirloom.

Sadly, Adam does not have his own Ice Dragon or Ghost Panther. But he really wishes he did!
Loading...
or
Not Currently Available for Direct Purchase