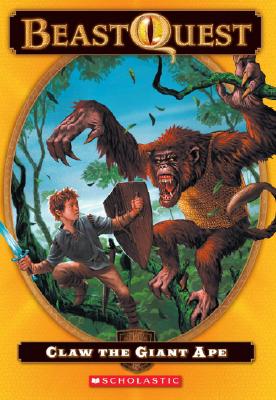 New Beasts. Old Magic.
Everyone in Avantia knows the terrors of the jungle: creatures that pluck men from the ground and eat them whole; plants whose rich scents could overwhelm a person at twenty paces. Few dare to enter--and fewer still return.
But Tom has no choice. The next stage of his journey lies at the very heart of the jungle, where a terrible creature resides, evil as the wizard who created him.

Sadly, Adam does not have his own Ice Dragon or Ghost Panther. But he really wishes he did!"
Loading...
or
Not Currently Available for Direct Purchase