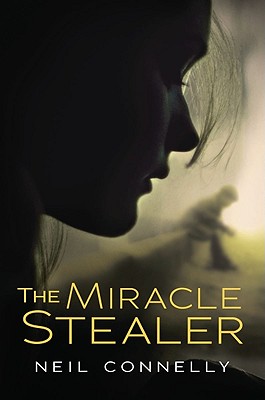 The second YA novel from the author of the critically acclaimed St. Michael's Scales will twist you in knots with its suspenseful and shattering take on faith, hope, and miracles.
Andi Grant adores her six-year-old brother, Daniel, a "miracle child" who survived a fall down a mine shaft. People regularly come to him for blessings and healings -- which often seem to work -- but Andi worries about their effects on her brother, especially when she finds signs of a stalker around their home. With the help of her once-and-maybe-future boyfriend Jeff, she comes up with an audacious, dramatic plan to stop the attention on Daniel: an "Anti-Miracle" that will unravel with the slightest examination of the facts, and cast doubt on his powers foerver after.

As her plan comes together, the stalker draws closer, and the clock ticks toward Daniel's star appearance at the local Paradise Days celebration, Andi finds herself wrestling with her own beliefs in God and her brother, and wondering if what she really needs is a miracle.

Praise For The Miracle Stealer…

"Andi is a remarkable protagonist... Connelly writes with such calm assurance-never too much, never too little-that what could have been an overwhelming epic is instead a slim book that reads with miraculous speed." -- Booklist, starred review

"A thought-provoking examination of the power of faith and the human desire for a savior." -- Kirkus Reviews

"Andi's internal journey from faith to cynicism and back again (sort of) is handled with exceptional skill. It's a rare and welcome portrait of a girl trying to navigate teenage angst, family dysfunction, and religious belief." - Horn Book

"Connelly's depiction of Andi's crisis of faith as she questions her own religious upbringing and the beliefs of those around her is both sensitive and genuine. Her anger with God and those who, in her mind, are abusing their authority feels authentic and will resonate with many teens who have similar questions. . . . The ending is satisfying, offering hope while acknowledging that not all questions can be answered." -- VOYA

Neil Connelly is the author of seven critically acclaimed books, among them four YA novels. The most recent was Into the Hurricane, which Kirkus Reviews called "thoughtful and provocative." He teaches creative writing at Shippensburg University in Pennsylvania and lives with his wife and their sons. You can find him on the web at neilconnelly.com.
Loading...
or
Not Currently Available for Direct Purchase