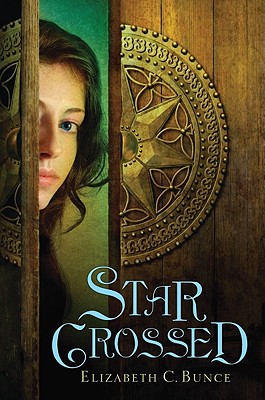 The 2nd novel from the winner of the ALA's YA Debut Award is Tamora Pierce meets THE PRINCE AND THE PAUPER -- a thrilling fantasy about a thief at a snowbound castle, caught in a simmering rebellion .

And at night, she picks locks, steals jewels, forges documents, and collects secrets. Because Celyn isn't really a lady-in-waiting; she's not even really Celyn Contrare. She's Digger, a sneak-thief on the run from the king's Inquisition, desperate to escape its cruel instruments and hatred of magic. If she's discovered, it will mean her certain death.

But life as a lady-in-waiting isn't safe either. The devious Lord Daul knows her secret, and he's blackmailing her to serve as his personal spy in the castle. What she discovers-about Daul, about the Nemair, even about her own Lady Merista -- could signal civil war in Llyvraneth. And for a thief trained never to get involved, taking sides could be the most dangerous job yet.

Elizabeth C. Bunce's first novel, A CURSE DARK AS GOLD, won the ALA's William C. Morris Award for a YA debut. Elizabeth cuts, sews, and embroiders both cloth and stories at her home near Kansas City, Missouri. Please visit her website at www.elizabethcbunce.com.
Loading...
or
Not Currently Available for Direct Purchase