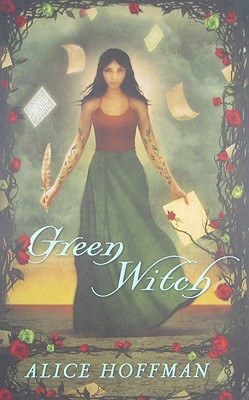 From bestselling author Alice Hoffman, a resonant tale of overcoming grief and tragedy, as only she could tell it.
In this powerful, lovely sequel to GREEN ANGEL, Green must learn the stories of a number of "witches" and free her true soul mate from a prison as she grapples with life, love, and loss in a post-disaster world.

Alice Hoffman is the highly acclaimed author of over twenty novels for readers of all ages, including Illumination Night, Seventh Heaven, Practical Magic, Here on Earth, The Foretelling, Incantation, and, most recently, The Story Sisters and The Red Garden. Her previous novels for Scholastic Press are Aquamarine, which was made into a major motion picture, Indigo, and Green Angel, which Publishers Weekly, in a boxed, starred review, called "achingly lovely." She lives with her family outside of Boston. Visit her at www.alicehoffman.com.