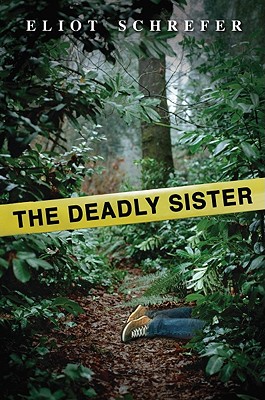 From the author of School for Dangerous Girls, another suspenseful stunner about a girl who helps her sister escape from a murder charge - and then falls for the murder victim's brother.
Abby Goodwin is sure her sister Maya isn't a murderer. But her parents don't agree. Her friends don't agree. And the cops definitely don't agree. Maya is a drop-out, a stoner, a girl who's obsessed with her tutor, Jefferson Andrews...until he ends up dead. Maya runs away, and leaves Abby following the trail of clues. Each piece of evidence points to Maya, but it also appears that Jefferson had secrets of his own. And enemies. Like his brother, who Abby becomes involved with...until he falls under suspicion.
Is Abby getting closer to finding the true murderer? Or is someone leading her down a twisted false path?

Praise For The Deadly Sister…

"Teens might behave dangerously themselves to get their hands on this page-turner." -Booklist

"One of the best new works of fiction I've read lately? Eliot Shrefer does not shy away from realism, which is both refreshing and jarring." -Teenreads.com

"A compelling and page-turning novel? For any fan of gothic, dark, gripping action, The School for Dangerous Girls should not be missed." -TeensReadToo.com