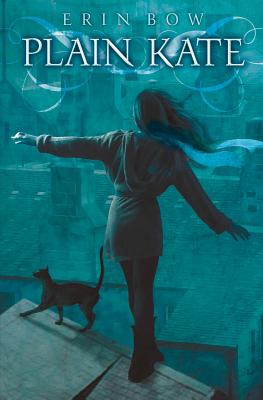 “Plain Kate is a gifted carver in a world where talent is perceived as witchcraft. When her father and many townspeople die of a flu, Plain Kate is forced to live on her own. To escape being burned as a witch, she trades her shadow for travel gear and her hearts desire. I was hooked till the end by this original, thought-provoking story!”
— Cinda Meister, Booksmart, Morgan Hill, CA
View the List

A knife-sharp debut novel that leaves its mark.

Plain Kate lives in a world of superstitions and curses, where a song can heal a wound and a shadow can work deep magic. When Kate's village falls on hard times - crops fail, and even Kate's father falls victim to a deadly fever - the townspeople look for someone to blame, and their eyes fall on Kate.

Enter Linay, a stranger with a proposition: In exchange for her shadow, he'll give Kate the means to escape the town that seems set to burn her, and what's more, he'll grant her heart's wish. It's a chance for her to start over, to find a home, a family, a place to belong. But Kate soon realizes that she can't live shadowless forever -- and that Linay's designs are darker than she ever dreamed.

"Plain Kate, [Bow's] first young adult novel, demonstrates a mature, haunting artistry... The plot unfolds with the swiftness and dramatic urgency of an adventure tale, yet each event has a measured gravity.... [An] outstanding novel." --New York Times Book Review

“With this debut, Bow establishes herself as a novelist to watch.” – Booklist

Erin Bow was born in the Midwest and studied particle physics in college, eventually working at the CERN laboratory near Geneva, Switzerland. She then decided to leave science in order to concentrate on her love of writing. She lives in Kitchener, Ontario, with her husband James and their two daughters. Erin Bow can be visited online at www.erinbow.com.
Loading...
or support indie stores by buying on
(This book is on backorder)