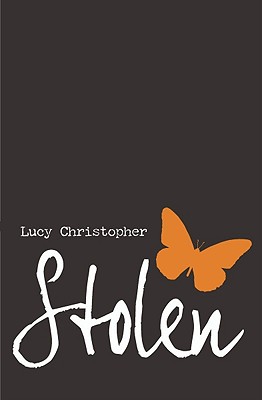 “When Gemma meets Ty at the airport she senses something familiar about him. He is handsome and charming; she is thrilled by his attention. But after sharing coffee, Gemma starts to feel strange and when she finally wakes up she is a prisoner in a desolate landscape, alone with Ty. His reasons for stealing her are unveiled in this intense and brilliantly written novel for teens. Both hopeful and sinister, Stolen is sure to be remembered by all who read it.”
— Holly Frakes, Schuler Books & Music, Okemos, MI
View the List

A stunning debut novel with an intriguing literary hook: written in part as a letter from a victim to her abductor. Sensitive, sharp, captivating!
Gemma, 16, is on layover at Bangkok Airport, en route with her parents to a vacation in Vietnam. She steps away for just a second, to get a cup of coffee. Ty--rugged, tan, too old, oddly familiar--pays for Gemma's drink. And drugs it. They talk. Their hands touch. And before Gemma knows what's happening, Ty takes her. Steals her away. The unknowing object of a long obsession, Gemma has been kidnapped by her stalker and brought to the desolate Australian Outback. STOLEN is her gripping story of survival, of how she has to come to terms with her living nightmare--or die trying to fight it.

Lucy Christopher's novel STOLEN was named a Printz Honor Book by the ALA and received England's Branford Boase award and Australia's Gold Inky for best debut. In a starred review, PUBLISHERS WEEKLY called it "an emotionally raw thriller...a haunting account of captivity and the power of relationships." She is also the author of FLYAWAY, a novel for younger readers, and THE KILLING WOODS, a novel for young adults. Lucy lives in Monmouth, Wales. Visit her at www.lucychristopher.com and follow her on Twitter @LucyCAuthor.

"All the tension of lightning, all the terror of thunder. A stunning, scary, and beautiful book. Stolen is a beautiful novel, which will pick up your world and shake it so hard that you can never be sure of anything again. Set in a landscape so exotic and powerful that it becomes one of the main characters in the book, this story of a boy and girl delivers one compelling scene after another.Ty and Gem will be in your head a long time. If you were getting tired of reading, Stolen will turn you back into an addict."
-John Marsden, author of The Ellie Chronicles and The Tomorrow Series

"This book is amazing. I love it. I wish I had written it- I mean that." [Lucy Christopher] is a very, very serious new talent and should be very proud of herself for writing such a mature, well-sustained, deceptively simple, utterly engrossing work. P.S. I am very worried about the camel."
-Natasha Farrant, author of Diving Into Light and Some Other Eden