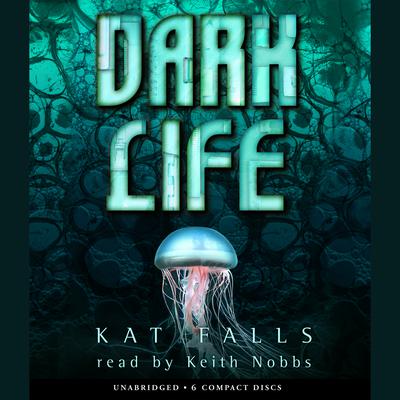 DARK LIFE is set in an apocalyptic future where rising oceans have swallowed up entire regions, the Earth’s shifting plates have fractured entire continents, and pollution has eaten away the ozone layer. On the dry land left, people live packed like sardines, stacked in towering skyscrapers where space is a rare and precious commodity. In this world, the only people with any land of their own are those who live on the ocean floor in sub-sea settlements.Much like the homesteaders of late 19th century America, these underwater pioneers (“Dark Life” as they’re pejoratively called by “Topsiders”) have carved out a life for themselves in the harsh deep sea environment, farming the seafloor in exchange for the land deed. Though they’re often treated with suspicion by Topsiders who believe them to have supernatural Dark Gifts, the homesteaders are a fierce and proud bunch. Sixteen-year-old Ty has lived his whole life on his family’s underwater homestead, and has dreams of claiming his own stake when he turns eighteen. But when outlaws’ attacks on government supply ships and settlements threaten to destroy the underwater territory, Ty finds himself in a fight to stop the outlaws and save the only home he has ever known. Joined by a girl from the Topside who has come sub-sea to look for her prospector brother, Ty ventures into the frontier’s rough underworld and begins to discover some dark secrets to Dark Life. As Ty gets closer to the truth, he discovers that the outlaws may not be the blood-thirsty criminals the government has portrayed them as. And that the government abandoning the territory might be the best thing for everyone, especially for someone like Ty, someone with a Dark Gift.

Kat Falls lives with her husband and three children in Evanston, Illinois, where she teaches screenwriting at Northwestern University.