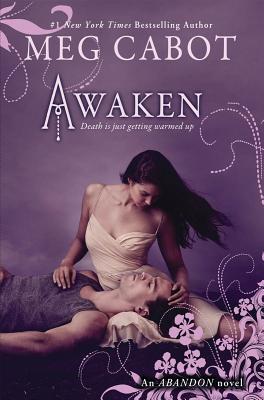 From #1 New York Times bestselling author Meg Cabot, the dark reimagining of the Persephone myth comes to a thrilling conclusion.

Death has her in his clutches. She doesn't want him to let go.

Seventeen-year-old Pierce Oliviera knew by accepting the love of John Hayden, she'd be forced to live forever in the one place she's always dreaded most: the Underworld. The sacrifice seemed worth it, though, because it meant she could be with the boy she loves.

But now her happiness -- and safety -- are threatened, all because the Furies have discovered that John has broken one of their strictest rules: He revived a human soul.

If the balance between life and death isn't fixed, both the Underworld and Pierce's home back on earth will be wiped away. But there's only one way to restore order. Someone has to die.

"Meg Cabot is arguably the queen of contemporary teen novels . . . Her retelling of
this old myth is smart, sassy, and of the moment." -- NEW YORK JOURNAL OF BOOKS

"Pierce is an endearing and amusing heroine, and John is an ethereal yet ardent lover
who should elicit a few sighs." -- BOOKLIST ONLINE

MEG CABOT'S many series and books for adults, teens, and tweens have included multiple #1 New York Times bestsellers and have sold more than fifteen million copies worldwide. Her Princess Diaries series has been published in more than thirty-eight countries and was made into two hit films by Disney. Meg also wrote the New York Times bestselling Mediator, Airhead, Insatiable, and Allie Finkle's Rules for Girls series, as well as the award-winning novels All-American Girl and Avalon High. Meg lives in Key West with her husband and two cats. Visit Meg online at www.megcabot.com.
Loading...
or support indie stores by buying on