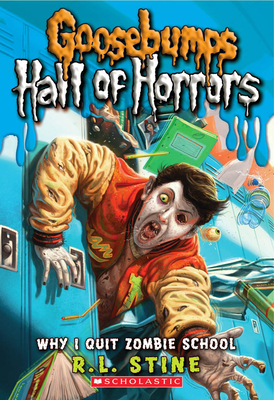 Why I Quit Zombie School (Goosebumps Hall of Horrors #4)

Welcome to the Hall of Horrors, HorrorLand's Hall of Fame for the truly terrifying.Poor Matt Krinsky! Not only are his parents making him move away from all of his friends, but they're enrolling him in a boarding school. It's not a strict place, but that doesn't mean things are normal. While Matt is used to be being one of the better athletes in his class, theses kids move a dead-slow pace. It's doesn't take long for him to realize that he's surrounded by zombies. And his classmates have begun to notice his heartbeat and warm skin. Can Matt convince them he is undead long enough to stay alive?