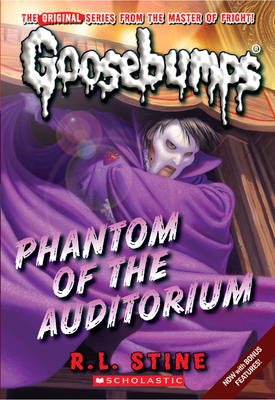 Phantom of the Auditorium (Classic Goosebumps #20)

Get Goosebumps with the startling repackage of a bestselling classic. Now with bonus materials!Brooke's best friend, Zeke, has been given the lead role in the school play, "The Phantom." Zeke's totally into it. He loves dressing up in the grotesque phantom costume. And scaring the other members of the cast. Brooke thinks Zeke's getting a little too into it. But then really scary things start happening. A message appears on a piece of scenery: "The Phantom Strikes!" A stage light comes crashing down.Is someone trying to ruin the play?Or is there really a phantom living under the stage?