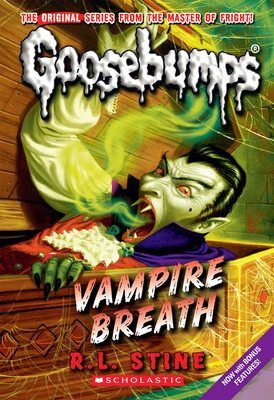 Get Goosebumps with the startling repackage of a bestselling classic. Now with bonus materials!Tough. That's Freddy Martinez and his friend, Cara. They're not afraid of anything. But that was before they went exploring in Freddy's basement. Before they found the secret room. Before they found the bottle of Vampire Breath.Poor Freddy and Cara. They should have never opened that bottle of Vampire Breath. Because now there's a vampire in Freddy's basement. And he's very, very thirsty....