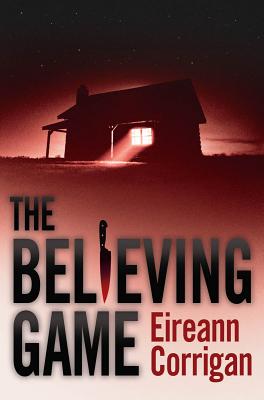 A private academy. A cult leader. A girl caught in the middle.

After Greer Cannon discovers that shoplifting can be a sport and sex can be a superpower, her parents pack her up and send her off to McCracken Hill-a cloistered academy for troubled teens. At McCracken, Greer chafes under the elaborate systems and self-help lingo of therapeutic education. Then Greer meets Addison Bradley. A handsome, charismatic local, Addison seems almost as devoted to Greer as he is to the 12 steps. When he introduces Greer to his mentor Joshua, she finds herself captivated by the older man's calm wisdom. Finally, Greer feels understood.

But Greer starts to question: Where has Joshua come from? What does he want in return for his guidance? The more she digs, the more his lies are exposed. When Joshua's influence over Addison edges them all closer to danger, Greer decides to confront them both. Suddenly, she finds herself on the outside of Joshua's circle. And swiftly, she discovers it's not safe there.

Praise For The Believing Game…

“Complex, heart-wrenchingly plausible…the story flows from secrets to lies, from a few harsh words to terrible accusations, and from supreme innocence to soul-sucking guilt….This tension-filled story will entice readers.” - Booklist

A dark page-turner with a satisfying resolution." - Kirkus

“Corrigan has created a convincing male protagonist who should captivate either gender. This Ghost is a haunting read, sure to linger.” —Kirkus Reviews

“This memorable novel will capture older teens with its realistic, fully developed characters who come of age on the page.” —Booklist

Eireann Corrigan is the author of the poetry memoir You Remind Me of You, and the novels Splintering, Ordinary Ghosts, and Accomplice, which Publishers Weekly called "haunting and provocative" in a starred review. She lives in New Jersey.
Loading...
or
Not Currently Available for Direct Purchase