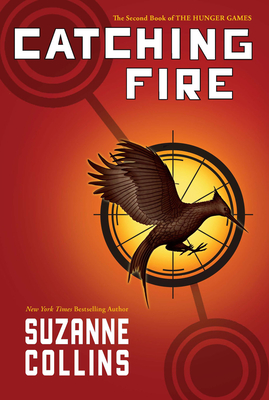 Suzanne Collins continues the amazing story of Katniss Everdeen in this second novel of the phenomenal Hunger Games trilogy.

A Publishers Weekly Best Book of 2009

"Collins has joined J.K. Rowling and Stephenie Meyer as a writer of children's books that adults are eager to read." - Bloomberg.com

"Catching Fire not only lived up to my high expectations, it surpassed them. It's just as exciting as The Hunger Games, but even more gut wrenching, because you already know these characters, you've already suffered with them." - Stephenie Meyer