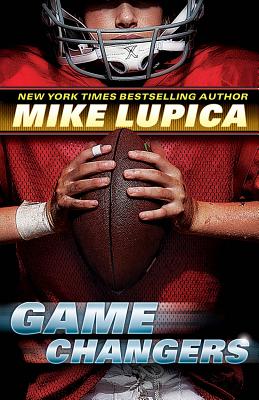 Ben McBain is every football team's dream player. He's a jack-of-all-trades guy that can handle almost any position. When the game is on the line, Ben's number is the one being called for the final play. But Ben wants to be the starting quarterback and the one thing standing in his way is the coach's son.

Shawn O'Brien looks the part. He has been groomed by his father, a former professional quarterback. But despite his size and arm strength, Shawn is struggling.

Ben is torn between being a good teammate and going after his own dream. As Ben finds out, Shawn isn't the easiest person to help. And when Ben gets an unexpected opportunity, the entire game will change for the both of them.

Best-selling author Mike Lupica kicks off a winning new series about sports and friendship that will captivate readers.

In praise of Game Changers

"Ben is a strong character, surrounded by a great group of sidekicks. Readers who, like Ben, live and breathe football, will enjoy." -Kirkus Reviews

"Lupica's football action engages, and his delineation of the athlete's thought process and emotional highs and lows of competition feels visceral and real." --Kirkus (Review of Million Dollar Throw)
"Lupica is at his best when he puts the reader right in the center of the action..." --Booklist (Review of Summer Ball)

Mike Lupica is a NEW YORK TIMES bestselling author of several books for young readers. His NEW YORK DAILY NEWS column is syndicated nationally. Mr. Lupica lives in Connecticut with his wife and their four children. You can visit Mike Lupica at www.mikelupicabooks.com.
Loading...
or
Not Currently Available for Direct Purchase