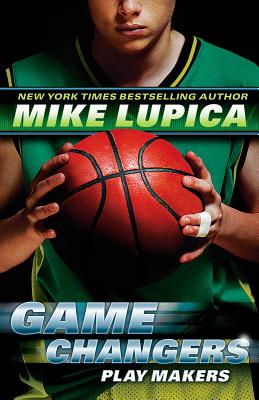 Mike Lupica presents the second book in his NEW YORK TIMES bestselling Game Changers series
Still living large off their incredible football championship win just weeks before, Ben McBain and his crew must now prepare for basketball season. Ben is known as the best point guard throughout the league. And now that Shawn O'Brien has joined their team, they are a shoo-in to win it all. But there is a new kid in town, Chase Braggs, a point guard like Ben who seems to be better, stronger, and faster. Refusing to let his team down, Ben hits the courts hard to practice. Ben's rivalry with Chase seems to take the fun out of playing ball with his best friends. Will Ben be able to pull it together for his team and for himself?

Mike Lupica is a New York Times bestselling author of several books for young readers. His New York Daily News column is syndicated nationally. Mr. Lupica lives in Connecticut with his wife and their four children. You can visit Mike Lupica at www.mikelupicasbooks.com.

In praise of GAME CHANGERS

"Ben is a strong character, surrounded by a great group of sidekicks. Readers who, like Ben, live and breathe football, will enjoy." -KIRKUS REVIEWS