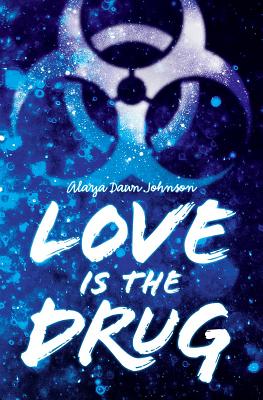 Emily Bird was raised not to ask questions. She has perfect hair, the perfect boyfriend, and a perfect Ivy-League future. But a chance meeting with Roosevelt David, a homeland security agent, at a party for Washington DC's elite leads to Bird waking up in a hospital, days later, with no memory of the end of the night.

Praise For Love Is the Drug…

Praise for The Summer Prince

*"Like leaping into cold water on a hot day, this original dystopian novel takes the breath away, refreshes, challenges, and leaves the reader shivering but yearning for another plunge." -- Booklist, starred review

*"With its complicated history, founding myth, and political structure, Palmares Tres is compelling, as is the triple bond between June, Enki, and Gil as they challenge their world's injustices." -- Publishers Weekly, starred review

*"An art project, a rebellion and a sacrifice make up this nuanced, original cyberpunk adventure.... Luminous." -- Kirkus Reviews, starred review

Alaya Dawn Johnson’s first novel for young adults, THE SUMMER PRINCE, received three starred reviews, was longlisted for the National Book Award, and was a Kirkus Best Book of the Year. She grew up in Washington, D.C., attended Columbia University, and now lives in New York City.
Loading...
or support indie stores by buying on