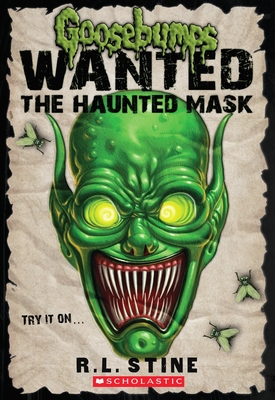 Lu-Ann Franklin usually loves Halloween. Not this year. Her best friend, Devin O'Bannon, is going away for the week. And she has to go to a boring party where nothing exciting could ever happen. But when Lu-Ann comes face-to-face with The Haunted Mask, major trouble lies ahead.

Devin O'Bannon didn't want to leave his best friend Lu-Ann Franklin behind on Halloween. He didn't ask to go on this trip. And that was before he heard the strange scratching on his windows and saw the shadows moving around in the fields. Something is out there and it doesn't seem to want Devin around!

Praise For The Haunted Mask (Goosebumps: Wanted) (Goosebumps Most Wanted)…

"Pure, Goosebumps-style terror-by-formula, polished through use to such a high gloss that it slides along frictionlessly-a worthy celebration of the series' 20th anniversary." -KIRKUS REVIEWS

"This book offers a great opportunity to rediscover what makes Stine so special: his swift characterizations, icky ideas, and prose that offers the exact right amount of cover-your-eyes detail." -BOOKLIST