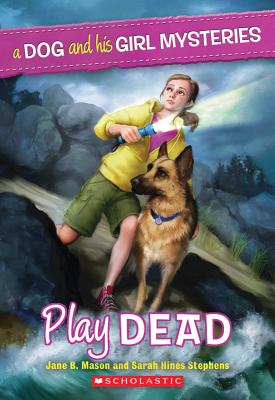 A dog and his girl show how six legs are better than two in this brand new mystery series!

When Dodge, a German shepherd police dog, finds himself retired after an accident leaves him deaf in one ear, he's lucky to be adopted by the perfect family. Twelve-year-old Cassie Sullivan, his girl, smells almost as good as a dog, and gets her nose for sleuthing from her police chief mom and coroner dad. Cassie is smart and quick on her feet, and doesn't mind breaking a couple rules to get to the bottom of a mystery. Dodge has forty-two dog years of experience solving crime, as well as a great network of other four-legged colleagues when he needs more intel.

When Verdel Ward, the richest man in town, goes missing, it seems like everyone from the mayor to the housekeeper wants his fortune, which he's left behind with no will. But Cassie and Dodge can smell a mystery from a mile away, and can't help wondering why a miser would go swimming in a dangerous cove, what's up with the suspicious fiancee, who's been sneaking around the mansion, and where a twin brother has come from.

Jane B. Mason lives in Oakland, California, where she spends her time keeping up with her children and writing books with Sarah Hines Stephens, including A Dog and His Girl Mysteries and the Candy Apple titles The Sister Switch and Snowfall Surprise.

Sarah Hines Stephens lives in Oakland, California, where she spends her time keeping up with her children and writing books with Jane B. Mason, including A Dog and His Girl Mysteries and the Candy Apple titles The Sister Switch and Snowfall Surprise.
or
Not Currently Available for Direct Purchase
Copyright © 2020 American Booksellers Association