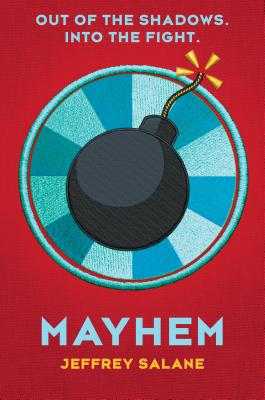 M Freeman has been a star pupil at the Lawless School for criminal masterminds. She's been a top agent at the Fulbright Academy for extreme law enforcement. Now she finds herself in a situation she never, ever expected: a normal life!


If M thinks danger is a thing of the past, however, she couldn't be more wrong. Because before she left her old life behind her, she learned a dangerous secret -- one that's made her a target. Now, with the forces of Lawless and the Fulbrights on the verge of open war, she has no choice but to rely on a ragtag team of outcasts, misfits, and troublemakers.


On their own, they don't amount to much. But under M's leadership, they might just become a force to change the world.


The fast-paced, unpredictable conclusion to the Lawless series is sure to appeal to fans of Spy School and The School for Good and Evil.

"Readers will be pulled from one page to the next by the endless wit, adventure, and mystery of Lawless." -- Jennifer A. Nielsen, New York Times bestselling author of The False Prince and Mark of the Thief

"Readers will be caught up in M's training and adventures and will read late into the night to find out what happens next." -- Booklist

"Readers who enjoy action adventure stories will want to delve into this book." -- Library Media Connection

"The engaging action of this sci-fi thriller will keep readers on their toes and hungry for the next installment." -- Booklist

Jeffrey Salane grew up in Columbia, South Carolina, but moved north to study in Massachusetts and New York City. After spending many years playing in many bands, he now works as an editor and writer, and lives with his family in Brooklyn. Visit him at jeffreysalane.com.
Loading...
or
Not Currently Available for Direct Purchase