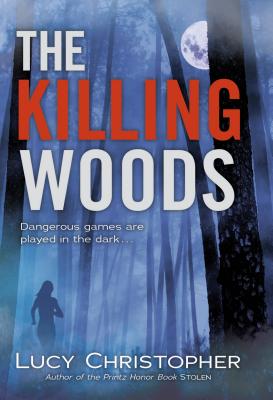 Fatal attraction, primal fear, survival in the forest: From the author of the Printz Honor Book STOLEN, the highly anticipated thriller about deadly games played in the dark.

Ashlee Parker is dead, and Emily Shepherd's dad is accused of the crime. A former soldier suffering from PTSD, he emerges from the woods carrying the girl's broken body. "Gone," he says, then retreats into silence.

What really happened that wild night? Emily knows in her bones that her father is innocent -- isn't he? Before he's convicted, she's got to find out the truth. Does Damon Hilary, Ashlee's charismatic boyfriend, have the answers? Or is he only playing games with her -- the kinds of games that can kill?

Praise For The Killing Woods…

"Complicated and beautiful -- it left me doubting my emotions and missing a place I'd never been." -- Maggie Stiefvater

"All the tension of lightning, all the terror of thunder. A stunning, scary, and beautiful book." -- John Marsden

ALA Best Fiction for Young Adults

In a horrifying opening scene, Emily watches her father return from the forest carrying what looks like an injured deer but turns out to be a girl—dead. Dad’s having a flashback to the military event that gave him PTSD. As a soldier, he’d accidentally killed a civilian; did he kill this girl, Ashlee, as well? Ashlee’s boyfriend, Damon, awakens hung over the next morning, confused that Ashlee’s not in his bed. They’d been in Darkwood the night before with his mates, playing the Game. Ashlee gave Damon hallucinogenic drugs, and he can’t remember how the night—or the Game—ended. Damon and Emily alternate chapters in distinct first-person voices. Damon’s traumatized by Ashlee’s murder and his father’s military death; Emily’s devastated that her sometimes-violent yet “scared of everything” father—possibly innocent—is pleading guilty to manslaughter. Darkwood’s thick forest, high peak and leftover war bunker make a vivid setting. Readers will be riveted by slow, potent reveals about the rough nature of the Game, Ashlee’s insistence on danger and adrenaline, and what happened that night. The answers hurt, but they feel right and they make sense. A sprout of hope at the end is fragile and unforced.

A gripping, heartbreaking, emotionally substantial look at war wounds and the allure of danger.

LUCY CHRISTOPHER'S novel STOLEN was named a Printz Honor Book by the ALA and received England's Branford Boase award and Australia's golden Inky for best debut. In a starred review, PUBLISHERS WEEKLY called it *"an emotionally raw thriller...a haunting account of captivity and the power of relationships."* She is also the author of FLYAWAY, a novel for younger readers. Lucy lives in Monmouth, Wales, where she is currently finishing her third book, THE KILLING WOODS, a psychological thriller for teens. Visit her website www.lucychristopher.com and follow her on Twitter @LucyCAuthor.
Loading...
or
Not Currently Available for Direct Purchase