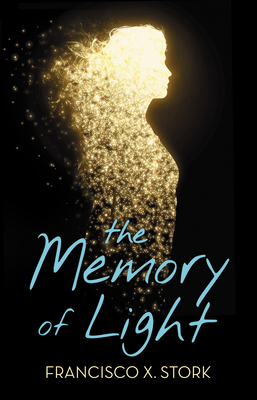 When Vicky Cruz wakes up in the Lakeview Hospital Mental Disorders ward, she knows one thing: After her suicide attempt, she shouldn't be alive. But then she meets Mona, the live wire; Gabriel, the saint; E.M., always angry; and Dr. Desai, a quiet force. With stories and honesty, kindness and hard work, they push her to reconsider her life before Lakeview, and offer her an acceptance she's never had.But Vicky's newfound peace is as fragile as the roses that grow around the hospital. And when a crisis forces the group to split up, sending Vicky back to the life that drove her to suicide, she must try to find her own courage and strength. She may not have them. She doesn't know.Inspired in part by the author's own experience with depression, The Memory of Light is the rare young adult novel that focuses not on the events leading up to a suicide attempt, but the recovery from one -- about living when life doesn't seem worth it, and how we go on anyway.

Praise For The Memory of Light…

Praise for The Memory of Light:
*"Stork further marks himself as a major voice in teen literature by delivering one of his richest and most emotionally charged novels yet." -- Kirkus Reviews, starred review
*"Stork writes sensitively about Vicky's journey from near death to shaky recovery... A subject that needs the discussion Stork's potent novel can readily provide." -- Publishers Weekly, starred review
*"Accurate, heartbreaking, and hopeful... A beautiful read." -- School Library Journal, starred review
*"Undeniable emotional strength and an encouraging, compassionate message. Stork writes his characters with authenticity and respect... Highly rewarding." -- Booklist, starred review

Praise for Marcelo in the Real World:
"[A] brisk, brilliant, unsentimental novel." -- Robert Lipsyte, New York Times Book Review
* "Stork introduces ethical dilemmas, the possibility of love, and other 'real world' conflicts, all the while preserving the integrity of his characterizations and intensifying the novel's psychological and emotional stakes. Not to be missed." -- Publishers Weekly, starred review
* "It is the rare novel that reaffirms a belief in goodness; rarer still is one that does so this emphatically." -- The Horn Book Magazine, starred review

Praise for The Last Summer of the Death Warriors:
*"Stork's latest marks him as one of the most promising young adult authors of the new decade." -- The Horn Book, starred review
"Complicated yet ultimately endearing characters are a Francisco Stork standard. His latest novel doesn't disappoint." -- Chicago Sun-Times