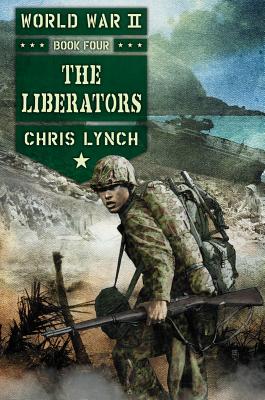 The US Marines Corps is home to some of the roughest, toughest combatants in World War II. Their courage and daring are legendary. And the best of the best -- the boldest among them -- are joining the Corps' elite new paratrooper combat unit. As Paramarines, they'll be expected to do everything a typical Marine does... and do it while skydiving.

Nick Nardini knows that he's destined to become a Paramarine. He also knows that he has to convince his best friend, Zachary Klecko, to sign up too. Nardini and Klecko used to be inseparable, ever since they met in kindergarten, but recently they've been drifting apart. Fighting in the same battalion -- and jumping out of the same planes -- seems to Nardini like a surefire way to restore their bond and come out of the war stronger than ever. The Axis powers, however, may have other ideas...

*"A expertly crafted war story with fluid prose, bleak humor, careful attention to historic detail, and a view of 'The Good War' worth pondering." -- Bulletin of the Center for Children's Books, starred review

"All the sizzle, chaos, noise and scariness of war is clay in the hands of ace storyteller Lynch." -- Kirkus Reviews

"Though aimed at younger readers, Lynch doesn't write down, instead offering a powerful taste of war on a personal level." -- Publishers Weekly

"The best Vietnam War novels yet for this age range." -- Kirkus Reviews

"A fine balance of thoughtfulness and gritty action." -- Bulletin of the Center for Children's Books

Chris Lynch is the author of numerous acclaimed books for middle-grade and teen readers, including the Vietnam and World War II series and the National Book Award finalist Inexcusable. He teaches in the Lesley University creative writing MFA program, and divides his time between Massachusetts and Scotland.
or
Not Currently Available for Direct Purchase