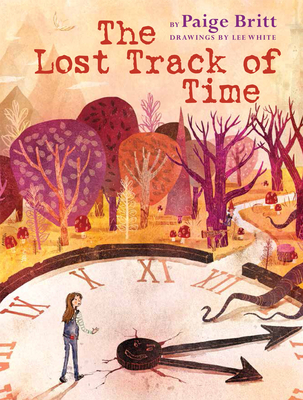 The Lost Track of Time

A magical fantasy, an allegorical cautionary tale, a feast of language, a celebration of creativity--this dazzling debut novel is poised to become a story for the ages!Penelope is running out of time!She dreams of being a writer, but how can she pursue her passion when her mother schedules every minute of her life? And how will she ever prove that writing is worthwhile if her mother keeps telling her to "get busy!" and "be more productive"?Then one day, Penelope discovers a hole in her schedule--an entire day completely unplanned!--and she mysteriously falls into it. What follows is a mesmerizing journey through the Realm of Possibility where Penelope sets out to find and free the Great Moodler, the one person who may have the answers she seeks. Along the way, she must face an army of Clockworkers, battle the evil Chronos, take a daring Flight of Fancy, and save herself from the grip of time.Brimming with clever language and masterful wordplay, The Lost Track of Time is a high-stakes adventure that will take you to a place where nothing is impossible and every minute doesn't count--people do!

Praise For The Lost Track of Time…

* "Debut author Britt’s tale is an exuberant homage to the power of imagination and creative problem-solving, as well as the importance of making time for oneself, one’s dreams, and one’s friends." -- Publishers Weekly, starred review

* "Debut author Britt’s tale is an exuberant homage to the power of imagination and creative problem-solving, as well as the importance of making time for oneself, one’s dreams, and one’s friends." -- Publishers Weekly, starred review

Paige Britt has been asking big questions since she was a small child. Her search for answers led her to write books that might inspire young readers to think, explore, and stay open to life's mysteries. Her debut novel, The Lost Track of Time, was hailed by Publishers Weekly in a starred review as an "exuberant homage to the power of imagination." Why Am I Me? is her first picture book. She lives near Austin, Texas, with her husband. Visit her online at paigebritt.com.
Lee White is an artist and teacher who loves watercolor, print making, and climbing trees. He spends his days splashing paint in his backyard studio, where there are absolutely no clocks allowed! He has illustrated more than fifteen books and shown in galleries across the country, from Los Angeles to New York. He lives in Portland, Oregon, with his wife and young son.
Loading...
or
Not Currently Available for Direct Purchase