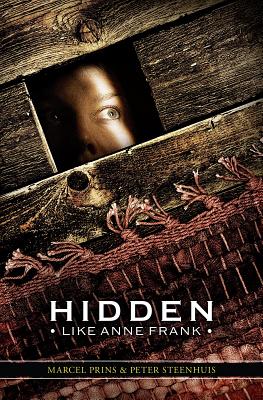 Jaap Sitters was only eight years old when his mother cut the yellow stars off his clothes and sent him, alone, on a fifteen-mile walk to hide with relatives. It was a terrifying night, one he would never forget. Before the end of the war, he would hide in secret rooms and behind walls. He would suffer from hunger, sickness, and the looming threat of Nazi raids. But he would live.

This is just one of the true stories told in Hidden Like Anne Frank, a collection of eye-opening first-person accounts that share the experience of going into hiding to escape the Holocaust. Some were just toddlers when they were hidden; some were teenagers. Some hid with neighbors or family, while many were with complete strangers. But all know the pain of losing their homes, their families, even their own names. They describe the secret network that kept them safe. And they share the coincidences and close calls that made all the difference.

"Like Anne Frank's, these few voices stand out and speak for the millions whose stories remain untold." -- The New York Times Book Review

*"Each memoir is poignant and heartrending on its own, and the compilation gives the reader a stunning sense of the horror of the Holocaust. Terrifying, haunting and powerful." -- Kirkus Reviews, starred review

*"These first-person stories of heroism and inhumanity explore the true scope of Holocaust atrocities, while also serving as a testament to resilience." -- Publishers Weekly, starred review

*"This moving and powerful title is an important addition to any history collection." School Library Journal, starred review

Marcel Prins was inspired to create this project by his own mother, who went into hiding in 1942 to escape Nazi persecution. She was just six years old. Marcel Prins is an award-winning documentary filmmaker and cameraman. He lives in Utrecht, the Netherlands.

Peter Henk Steenhuis is a journalist and the philosophy editor for the TROUW daily newspaper in Amsterdam, the Netherlands.
Loading...
or
Not Currently Available for Direct Purchase