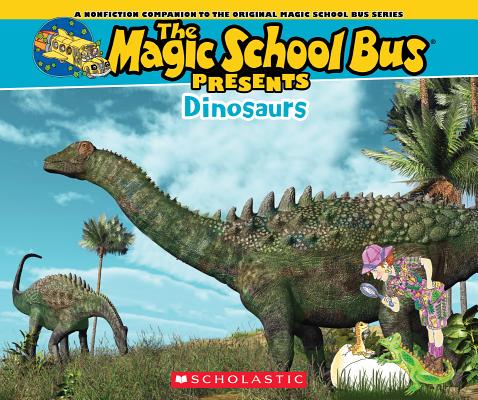 THE MAGIC SCHOOL BUS PRESENTS DINOSAURS is a photographic nonfiction companion book to the original bestselling title, THE MAGIC SCHOOL BUS IN THE TIME OF THE DINOSAURS.
IN THE TIME OF THE DINOSAURS from the bestselling Magic School Bus series taught thousands of kids about the T-rex, triceratops, and stegosaurus. MAGIC SCHOOL BUS PRESENTS DINOSAURS will expand upon the original title with fresh and updated content about all the incredible extinct creatures from millions and millions of years ago. With vivid full-color photographs on each page as well as illustrations of the beloved Ms. Frizzle and her students, the Magic School Bus Presents series will enthrall a whole new generation of Magic School Bus readers.

Tom Jackson writes about history, technology, and more. He studied zoology at Bristol University and he lives in Bristol, England, with his wife and three children.