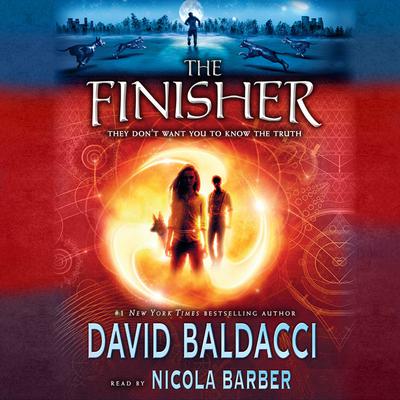 Fourteen-year-old Vega Jane lives in the village of Wormwood, where life is nasty, brutish, and short. Villagers have been told that there is nothing outside of Wormwood except for the Quag, a foul forest filled with terrifying beasts. No one comes, no one goes, and Wormwood has stayed this way for generations. Until Vega's friend Quentin Herms disappears.

Quentin leaves Vega a secret message hinting that there's a way out of Wormwood and something extraordinary on the other side. As Vega begins to investigate, she realizes that Wormwood is a village built on dangerous lies. And that powerful people are willing to kill in order to keep it that way. Soon Vega is careening down a path that will either lead straight to the truth...or straight into an early grave.

David Baldacci is the author of twenty-seven books for adults, each of which has become both a national and international bestseller. David’s books have sold more than 110 million copies worldwide and have been translated into more than forty-five languages. Together with his wife, Michelle, David established the Wish You Well Foundation to promote family literacy. David and his family live in Northern Virginia.