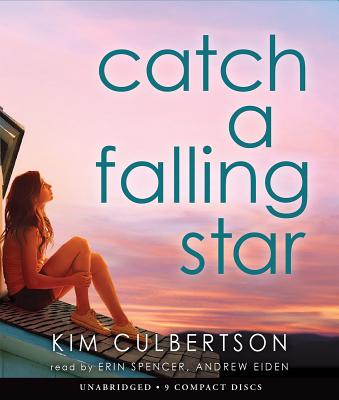 Nothing ever happens in Little, CA. Which is just the way Carter Moon likes it. But when Hollywood arrives to film a movie starring former child star turned PR mess Adam Jakes, everything changes. Carter's town becomes a giant glittery set and, much to her annoyance, everyone is starry-eyed for Adam. Carter seems to be the only girl not falling all over herself to get a glimpse of him. Which apparently makes her perfect for the secret offer of a lifetime: playing the role of Adam's girlfriend while he's in town, to improve his public image, in exchange for a hefty paycheck. Her family really needs the money and so Carters agrees. But it turns out Adam isn't at all who she thought he was.

Praise For Catch a Falling Star…

Praise for Catch a Falling Star :

"Culbertson is a capable writer, and she gives Carter a good heart that shines through in the way Carter handles her friendships and that also catches Adam's eye." -- Publishers Weekly

Kim Culbertson is the author of The Possibility of Now; Catch a Falling Star; Instructions for a Broken Heart, a Northern California Book Award winner; and Songs for a Teenage Nomad. She lives in Northern California with her husband and daughter, her favorite travel companions. For more about Kim, visit www.kimculbertson.com.
Loading...
or
Not Currently Available for Direct Purchase