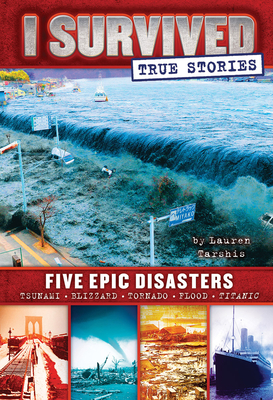 The New York Times-bestselling I Survived series expands to include this thrilling nonfiction exploration of five true stories, from the Titanic to the Henryville Tornadoes.
REAL KIDS. REAL DISASTERS.

From the author of the New York Times-bestselling I Survived series come five harrowing true stories of survival, featuring real kids in the midst of epic disasters.

From a group of students surviving the 9.0 earthquake that set off a historic tsunami in Japan, to a boy nearly frozen on the prairie in 1888, these unforgettable kids lived to tell tales of unimaginable destruction -- and, against all odds, survival.

"The narratives are factual yet still lively and suspenseful enough to hook readers. Ideal for a high-interest pick or a read-aloud for older students." -- School Library Journal

"This high-interest addition to an already beloved series is a no-brainer for elementary school libraries." -- School Library Journal