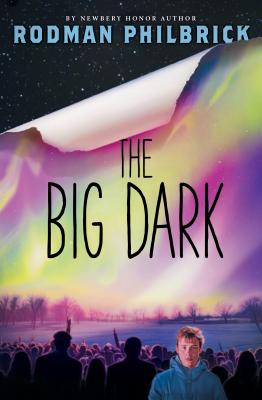 What would you do if every spark of electricity suddenly vanished, as if somebody had flipped a switch on the entire planet? Cars won't start, the heat shuts off, there's no water in your faucet, and your radio, TV, and flashlight go dark. Everyone in Charlie's small town is baffled.

But as time passes, lawlessness erupts and takes an ugly turn. When the market and pharmacy are torched by an anti-Semitic arsonist, Charlie realizes his mother will die without her medicine. So he dons skis and heads off alone, seeking the nearest hospital. After traveling 50 miles through brutal ice and snow, Charlie encounters a burned-out, looted city of terrified citizens. Will he be able to save his mom?

Praise For The Big Dark…

Praise for The Big Dark

"The depiction of a world gone suddenly dark is both terrifying and completely possible. Philbrick's overarching message is clear. While ruthless villains might be living next door, so might a school janitor-turned-selfless leader and a boy-turned-hero.... a riveting, credible, and even inspiring vision of life just after the apocalypse." -- Kirkus Reviews

"Philbrick is in his element with this kid-oriented view of global catastrophe. Charlie’s world is brimming with danger, yet he single-mindedly accepts his mission to save his mother, since, for him, the threat of wild animals is overshadowed by the menace of frightened human beings. With a fast pace, pulse-pounding premise, and approachable first-person narration, this would be a great pick for reluctant readers." -- Booklist

"Philbrick (Zane and the Hurricane) weaves an absorbing tale about the breakdown of contemporary civilization, the return to chaotic vigilante justice, and the strength of kindness and community." -- Publishers Weekly


Praise for Zane and the Hurricane

* "Vivid descriptions of the toxic waters, the commotion at the Superdome, and racial tension are handled factually yet sensitively." -- School Library Journal, starred review


Praise for The Mostly True Adventures of Homer P. Figg

* "The horror of war and injustice of slavery ring clearly above the din of playful exaggerations." -- Publishers Weekly, starred review

Rodman Philbrick's The Mostly True Adventures of Homer P. Figg was chosen as a Newbery Honor Book. His most recent novel, Zane and the Hurricane, has received numerous starred reviews and was honored on the 2015-2016 Texas Bluebonnet Award Master List. His first book for young readers, Freak the Mighty, was an immediate bestseller and continues to be a classic, with close to three million copies in print. Philbrick divides his time between Maine and Florida. Visit him at www.rodmanphilbrick.com.
Loading...
or
Not Currently Available for Direct Purchase