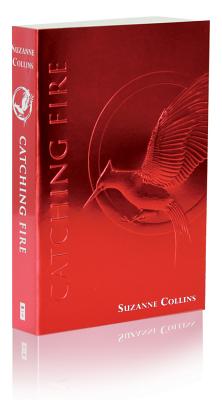 Catching Fire (The Second Book of The Hunger Games)

Praise For Catching Fire (The Second Book of The Hunger Games): Foil Edition…

"Collins has done that rare thing. She has written a sequel that improves upon the first book." --The New York Times Book Review

Suzanne Collins is the author of the groundbreaking Hunger Games trilogy for young adults: The Hunger Games, Catching Fire, and Mockingjay. She is also the author of the picture book Year of the Jungle, a Publishers Weekly best book of the year, and the New York Times bestselling Underland Chronicles series for middle grade readers, which started with Gregor the Overlander. Suzanne lives with her family in Connecticut. You can find her online at suzannecollinsbooks.com.