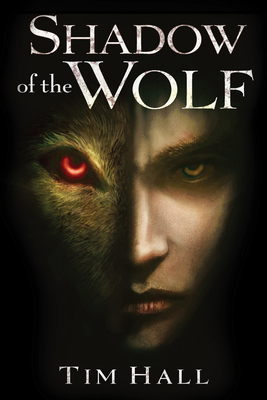 Shadow of the Wolf

Forget everything you've ever heard about Robin Hood. Robin Loxley is seven years old when his parents disappear without a trace. Years later the great love of his life, Marian, is also taken from him. Driven by these mysteries, and this anguish, Robin follows a darkening path into the ancient heart of Sherwood Forest. What he encounters there will leave him transformed . . . The first book of a trilogy, Shadow of the Wolf is a breathtakingly original--and utterly compelling--retelling that will forever alter the legend of Robin Hood.

Praise For Shadow of the Wolf…

Praise for Shadow of the Wolf:
* "[F]antastic interpretation of the classic tale[.]" --Booklist, starred review
"Debut author Hall has created a high-fantasy twist on the Robin Hood legend--older teen readers of fantasy and fans of reworked folktales will enjoy this series opener." --School Library Journal
"A richly imagined emotional and physical adventure[.] Patrick Ness fans may have found another new writer with the ability to mix horror and compassion." --Horn Book
"Imaginative depth and exquisite craft." --Kirkus Reviews

In his work as a journalist, Tim Hall has written for various national newspapers and magazines. Most recently he spent two years in Bermuda, reporting for the Bermuda Sun. He has traveled widely in other parts of the world, including Asia and South America. Shadow of the Wolf was his debut. He lives in Gloucestershire, England with his family.
Loading...
or
Not Currently Available for Direct Purchase