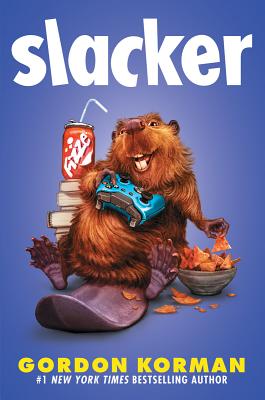 Cameron Boxer is very happy to spend his life avoiding homework, hanging out with his friends, and gaming for hours in his basement. It's not too hard for him to get away with it . . . until he gets so caught up in one game that he almost lets his house burn down around him.

It's time for some serious damage control--so Cameron and his friends invent a fake school club that will make it seem like they're doing good deeds instead of slacking off. The problem? Some kids think the club is real--and Cameron is stuck being president.

Soon Cameron is part of a mission to save a beaver named Elvis from certain extinction. Along the way, he makes some new friends--and some powerful new enemies. The guy who never cared about anything is now at the center of everything . . . and it's going to take all his slacker skills to win this round.


Praise for The Hypnotists:

"A gem for readers looking for a book where the underdog comes out on top." -- Voice of Youth Advocates

* "This rewarding novel features an engaging main character and some memorable moments of comedy, tenderness, and reflection." -- Booklist, starred review

Gordon Korman is the #1 bestselling author of three books in The 39 Clues series as well as seven books in his Swindle series: Swindle, Zoobreak, Framed, Showoff, Hideout, Jackpot, and Unleashed. His other books include This Can't Be Happening at Macdonald Hall! (published when he was fourteen); The Toilet Paper Tigers; Radio Fifth Grade; the trilogies Island, Everest, Dive, Kidnapped, and Titanic; and the series The Hypnotists and On the Run. He lives in New York with his family and can be found on the web at www.gordonkorman.com.
Loading...
or support indie stores by buying on