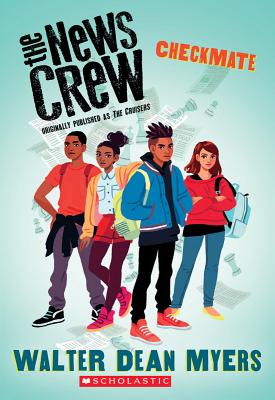 Walter Dean Myers explores the world of competitive chess seen through the eyes of a group of middle school kids whose self-published newspaper tells it like it is.

Sidney Aronofsky is one of the best chess players under age 16. When he's arrested for trying to buy drugs, it comes as a total surprise to those who know him. The expectations of parents, schools, and tutors pressure the young players. Sidney loves and wants to play chess, but dislikes the constant spotlight. He thinks that if he appears to be involved in drugs he'll be excused from playing on the school's team. In this book Zander and his crew are back, using their school newspaper to express their frustrations and triumphs.

"Readers will look forward to further tales of these kids as they navigate the high seas of middle school life." -- Kirkus Reviews

"The Cruisers are a thoughtful, mouthy bunch . . . watch them set off metaphorical fireworks . . ." -- The Bulletin of the Center for Children's Books