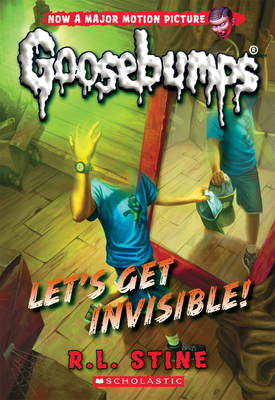 The original series from the Master of Fright--now a major motion picture in theaters October 16, 2015!The original books featuring the scariest creatures from the Goosebumps movie, in theaters October 16, 2015!On Max's birthday, he finds a kind of magic mirror in the attic. It can make him invisible.So Max and his friends start playing "now you see me, now you don't." Until Max realizes that he's losing control. Staying invisible a little too long. Having a harder and harder time coming back.Getting invisible is turning into a very dangerous game. The next time Max gets invisible, will it be...forever?