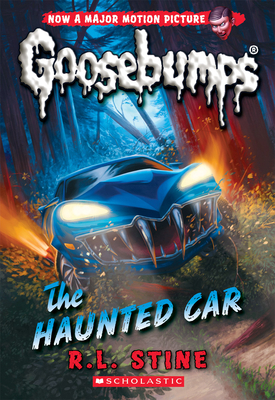 The original series from the Master of Fright--now a major motion picture in theaters October 16, 2015!The original books featuring the scariest creatures from the Goosebumps movie, in theaters October 16, 2015!Mitchell Moinian tried to do some homework. But he kept jumping up and going to his bedroom window to peer down at the car.A street light made the chrome bumpers sparkle and the sleek blue body glow. Mitchell couldn't resist. He had to sit in the car.Holding his breath, he crept down the stairs and out the front door. He stepped around to the driver's side of the car and grabbed the handle. "Go ahead," a voice whispered. "Climb in." Mitchell had no idea how scary this ride was going to be.