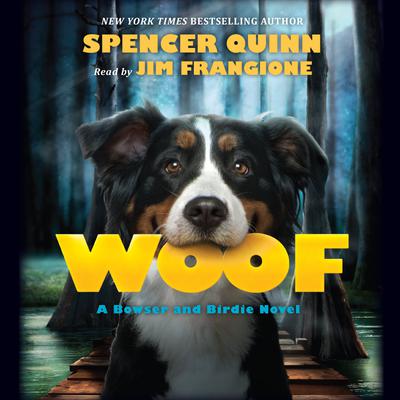 Bowser is a dog detective on the loose, paired with an eleven-year-old girl, Birdie. Bowser and Birdie live on the Louisiana coast with Birdie's Grammy. When a prize stuffed marlin is stolen from Grammy's bait and tackle shop, Birdie and Bowser decide to take on the case. But what looks like a straightforward break-in soon becomes as tangled as a tourist's fishing line. Was Grammy hiding a treasure map in the marlin? What's up with Old Man Straker, owner of a rival tackle shop, and his juvenile delinquent son? And most sinister of all, why does it suddenly look as if someone wants to harm Birdie? Told entirely from Bowser's hilarious dog point of view, WOOF launches a brand-new, slightly slobbery, but utterly winning detective duo.