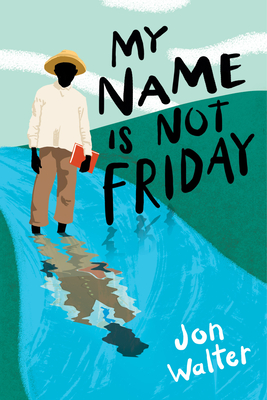 My Name is Not Friday

Well-mannered Samuel and his mischievous younger brother Joshua are free black boys living in an orphanage during the end of the Civil War. Samuel takes the blame for Joshua's latest prank, and the consequence is worse than he could ever imagine. He's taken from the orphanage to the South, given a new name -- Friday -- and sold into slavery. What follows is a heartbreaking but hopeful account of Samuel's journey from freedom, to captivity, and back again.

Praise For My Name is Not Friday…

Praise for My Name is Not Friday:
* "Samuel's endearing, immersive narration makes the novel a fascinating and unforgettable account of a brutal and shameful chapter in America's history. A heartbreaking story about family, justice, and the resilience of the human spirit." -- Kirkus Reviews, starred review
* "Walter masterfully constructs the world of the plantation and presents a large population of complex and distinctive characters, resulting in a rich, thought-provoking, and deeply satisfying book." -- Publishers Weekly, starred review
* "Compelling . . . Lyrically written." --School Library Journal, starred review
Praise for Close to the Wind:
"In Close to the Wind, Jon Walter reveals the rare ability to create totally believable characters and settings in few words and with great simplicity. His prose is almost invisible: nothing comes between the reader and the book's action and emotion." -- The Guardian, UK

Jon Walter is a former photojournalist with a special interest in social welfare issues. His debut middle grade novel, Close to the Wind, was chosen as The Sunday Times Children's Book of the Week in the United Kingdom and an Indie Next List pick in the United States. My Name is Not Friday is his young adult debut and has earned five starred reviews. He lives in East Sussex, England, with his family.
or support indie stores by buying on
(This book is on backorder)