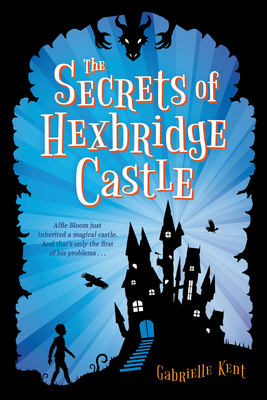 The Secrets of Hexbridge Castle

Meet Alfie Bloom. He's just inherited a magical castle. And that's only the first of his problems . . .Alfie Bloom knows he's about to have another dreadful summer. Not only will his inventor father be locked away in his workshop, but his best friend is visiting relatives abroad, which means he'll have no one.But then Alfie receives a strange letter inviting him to meet with a lawyer about his "inheritance." Alfie has no idea what they're talking about, but he goes along and makes a shocking discovery-someone has left him a castle! Hexbridge Castle is all his, which means no more long, boring summer days in his tiny house. He has a castle to explore! But being the owner of castle isn't all fun. Hexbridge conceals a centuries-old secret, the heart of a dangerous mystery that threatens to destroy Alfie's new home, his new friends . . . and everyone unfortunate enough to live within 1000 miles of the castle. Can this ordinary boy figure out a way to deal with this extraordinary challenge? Or will he doom himself and his friends to a grisly fate?

Gabrielle Kent is a writer and game designer in England. She is a regular judge on the BAFTA Games awards. On three occasions, she has been listed as one of the Top 100 women in the games industry and in 2015 was awarded a Woman of the Year award by MCV magazine. The Secrets of Hexbridge Castle is her first novel.
Loading...
or support indie stores by buying on