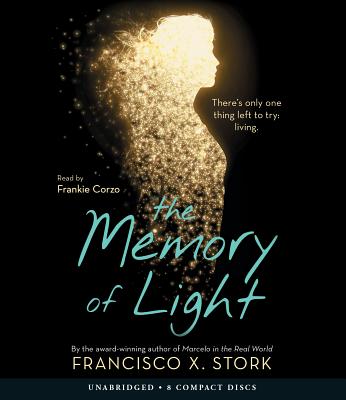 When Vicky Cruz wakes up in the Lakeview Hospital Mental Disorders ward, she knows one thing: She can't even commit suicide right. But there she meets Mona, the live wire; Gabriel, the saint; E.M., always angry; and Dr. Desai, a quiet force. With stories and honesty, kindness and hard work, they push her to reconsider her life before Lakeview, and offer her an acceptance she's never had. But Vicky's newfound peace is as fragile as the roses that grow around the hospital. And when a crisis forces the group to split up, sending Vick back to the life that drove her to suicide, she must try to find her own courage and strength. She may not have them. She doesn't know. Inspired in part by the author's own experience with depression, The Memory of Light is the rare young adult novel that focuses not on the events leading up to a suicide attempt, but the recovery from one -- about living when life doesn't seem worth it, and how we go on anyway.

Praise For The Memory of Light…

* "[T]his important story of a teenager learning to live with clinical depression is informative and highly rewarding." -- Booklist, starred review

"The Memory of Light is filled with hard truths and beautiful revelations. It's a beacon of hope for those in the dark of depression. This book just might save your life." -- Stephanie Perkins, New York Times bestselling author of Isla and the Happily Ever After

"The Memory of Light takes you to that strange, cold planet that is depression. Vicky's journey back from the darkness doesn't simplify or sentimentalize the pain of mental illness. Francisco Stork has shows us the universe of the human mind, how it can be terrifyingly dark--and how, in the company of the right sort of heart--infinitely dazzling." -- Martha Brockenbrough, author of The Game of Love and Death

"This is an honest look at recovery, about finding a way out from rock bottom, and about learning that the process of living with a mental illness is just that:  a learning process. A solid, powerful story." -- Kelly Jensen, blogger at Stackedbooks.org

Praise for Marcelo in the Real World :