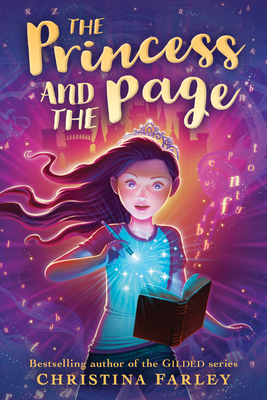 The Princess and the Page

A mystical adventure about a pulls-no-punches princess and the power of her magical pen.

A dark secret lurks in Keira's family. She comes from a long line of Word Weavers, who bring their stories to life when they use a magical pen. But for generations Word Weavers have been hunted for their power. That's why Keira is forbidden to write. When Keira discovers her grandma's Word Weaver pen, and writes a story for the Girls' World fairy-tale contest, she starts to wonder if anyone ever truly lives happily ever after. Inspired by the life and times of Gabrielle d'Estrées, a real French princess who lived during the 1500s, The Princess and the Page follows the mystical journey of a modern-day "royal" who goes from having a pen in her hand to wishing for the world at her fingertips.

Praise For The Princess and the Page…

"The pace is effective for building a deep sense of mystery . . . in Keira's first-person narrative, readers will discover clues right along with her." -- Booklist

CHRISTINA FARLEY is the author of the bestselling Gilded series. Prior to that, she worked as an international teacher and at a top secret job for Disney where she was known to scatter pixie dust before the sun rose. When not traveling the world or creating imaginary ones, she spends time with her family in Clermont, Florida with her husband and two sons where they are busy preparing for the next World Cup, baking cheesecakes, and raising a pet dragon that's in disguise as a cockatiel. You can visit her online at ChristinaFarley.com.
or support indie stores by buying on