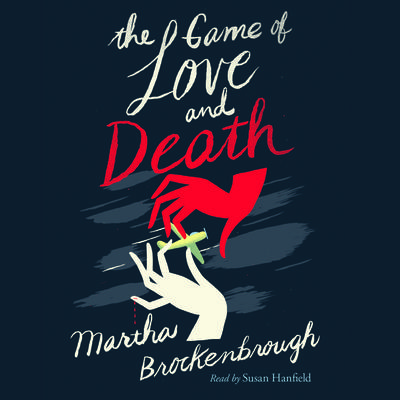 The Game of Love and Death (Digital Audiobook)

Not since THE BOOK THIEF has the character of Death played such an original and affecting part in a book for young people.

Flora and Henry were born a few blocks from each other, innocent of the forces that might keep a white boy and an African American girl apart; years later they meet again and their mutual love of music sparks an even more powerful connection. But what Flora and Henry don't know is that they are pawns in a game played by the eternal adversaries Love and Death, here brilliantly reimagined as two extremely sympathetic and fascinating characters. Can their hearts and their wills overcome not only their earthly circumstances, but forces that have battled throughout history? In the rainy Seattle of the 1920s, romance blooms among the jazz clubs, the mansions of the wealthy, and the shantytowns of the poor. But what is more powerful: love? Or death?

Martha Brockenbrough grew up in Seattle, where she played the viola in string quartets and symphonies. She has worked as a newspaper reporter, teacher, and entertainment journalist. A lover of games, she also wrote questions for Cranium and Trivial Pursuit. She founded National Grammar Day, volunteers with Readergirlz.com, and lives in Seattle with her family of musicians and their two tone-deaf dogs.