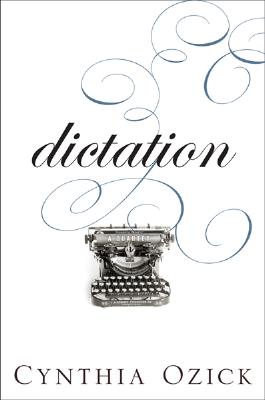 Four stories of comedy, deception, and revenge, including one previously unpublished, from the acclaimed author of Heir to the Glimmering World.

Cynthia Ozick’s new work of fiction brings together four long stories that showcase this incomparable writer’s sly humor and piercing insight into the human heart. Each starts in the comic mode, with heroes who suffer from willful self-deceit. These not-so-innocents proceed from self-deception to deceiving others, who do not take it lightly. Revenge is the consequence -- and for the reader, a delicious, if dark, recognition of emotional truth.

The glorious new novella “Dictation” imagines a fateful meeting between the secretaries to Henry James and Joseph Conrad at the peak of their fame. Timid Miss Hallowes, who types for Conrad, comes under the influence of James’s Miss Bosanquet, high-spirited, flirtatious, and scheming. In a masterstroke of genius, Ozick hatches a plot between them to insert themselves into posterity.

Ozick is at her most devious, delightful best in these four works, illuminating the ease with which comedy can glide into calamity.


Praise For Dictation: A Quartet…

"Deceptions and obsessions drive this elegant collection of four stories...Playful, teasing, provocative fare from this most accomplished of ironists." Kirkus Reviews, Starred

"These novellas are prime examples of Ozick’s rigorous writing style, her propensity for recognizing the element of ridiculousness in human tragedy, and her second-nature sympathy for eccentric characters." Booklist, ALA, Starred Review

"Ozick is at the top of her form in these splendid stories, and every library will want a copy. Highly recommended." Library Journal Starred

Author of numerous acclaimed works of fiction and nonfiction, CYNTHIA OZICK is a recipient of the National Book Critics Circle Award and was a finalist for the Pulitzer Prize, the National Book Award, and the Man Booker International Prize. Her writing has appeared in The New Republic, Harper's, and elsewhere. She lives in New York.
Loading...
or
Not Currently Available for Direct Purchase