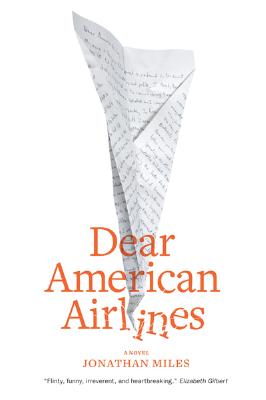 Sometimes the planes don t fly on time.
Bennie Ford, a fifty-three-year-old failed poet turned translator, is traveling to his estranged daughter's wedding when his flight is canceled. Stuck with thousands of fuming passengers in the purgatory of O Hare airport, he watches the clock tick and realizes that he will miss the ceremony. Frustrated, irate, and helpless, Bennie does the only thing he can: he starts to write a letter. But what begins as a hilariously excoriating demand for a refund soon becomes a lament for a life gone awry, for years misspent, talent wasted, and happiness lost. A man both sinned against and sinning, Bennie writes in a voice that is a marvel of lacerating wit, heart-on-sleeve emotion, and wide-ranging erudition, underlined by a consistent groundnote of regret for the actions of a lifetime -- and made all the more urgent by the fading hope that if he can just make it to the wedding, he might have a chance to do something right.
A margarita blend of outrage, wicked humor, vulnerability, intelligence, and regret, Dear American Airlines gives new meaning to the term airport novel and announces the emergence of major new talent in American fiction.

"[Dear American Airlines] a heartfelt exploration of one man's psychic deterioration and the slim reed of hope to which, miraculously, he still clings...Miles has created a human being adrift, like all of us, in circumstances mostly not of his making and with no other choice but to try to muddle through."

Dear American Airlines, Jonathan Miles'' debut novel,begins as a scathing letter of complaint from a stranded traveler en route to his estranged daughter''s wedding but quickly evolves in to a personal and surprisingly astute rant about life''s challenges.