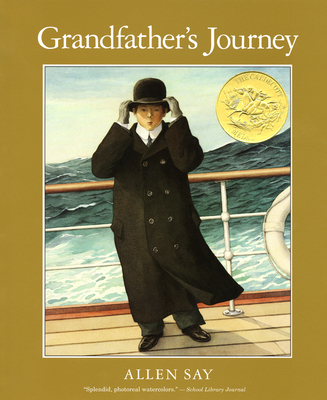 In this Caldecott Medal–winning picture book, master storyteller Allen Say chronicles his family’s history between Japan and California. A lyrical, breathtaking tale of one man’s love for two countries, Grandfather’s Journey is perfect for fans of Dreamers, A Different Pond, and Thank You, Omu!

Through pensive portraits and delicately faded art, Allen Say pays tribute to his grandfather’s persistent longing for home that continues within Allen.

This restlessness and constant desire to be in two places speaks to a universal experience as well as the deeply personal ties of family to place, and what it means to be at home in more than one country.

Both a celebration of heritage and a poignant exploration of the struggles we inherit, Grandfather’s Journey is a modern classic perfect for every household.

The immigrant experience has rarely been so poignantly evoked.
Horn Book, Starred