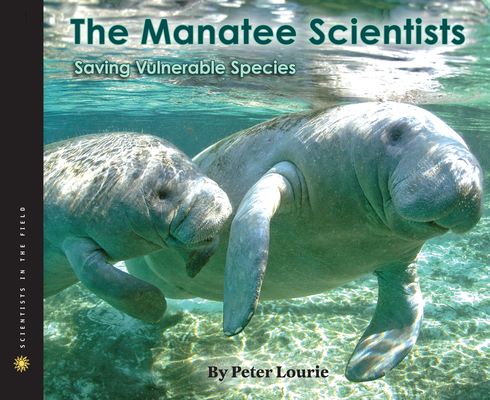 In The Manatee Scientists, John Reynolds does an aerial count of manatees from the Florida sky; Lucy Keith spends a weekend rescuing manatees trapped in a dam in Senegal; and Fernando Rosas takes the author on an Amazonian boat trip, looking for a young manatee he released back into the wild, with emotional results. These scientists are working hard to save manatees: docile, large sea mammals who are eaten in some parts of the world, feared in others, and adored in still others. But factors such as human encroachment, disease, environmental hazards, and being hunted are causing their numbers to decline: they are an endangered species, in need of help.

Praise For The Manatee Scientists: Saving Vulnerable Species (Scientists in the Field Series)…

"It lives up to the standards set by others in this stellar series."—Kirkus Reviews, starred review

"This is a living, breathing window into the watery world of manatee studies, with eager scientists pursuing the preservation of stressed sirenian populations with determination and grit."—School Library Journal

Peter Lourie is an author and photographer. He has published more than twenty books for young readers. He lives with his family in Vermont.
or
Not Currently Available for Direct Purchase