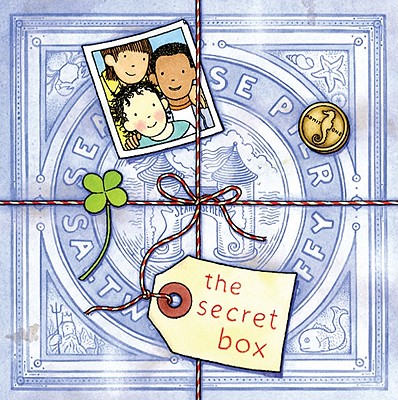 Times change.
Cities may grow large.
Summers may come and go.
And people might grow old,
but the one thing that always
remains the same is the desire for
adventure.Barbara Lehman takes readers on a timeless trip to a world of secret messages left in secret boxes hidden in secret places.

You’ll never know what you’ll find when you look inside!

Praise For The Secret Box…

* "A provocative example of the complexity that can be conveyed using only pictures."
—Publishers Weekly, starred review

Barbara Lehman has illustrated many books for children, including The Red Book, which was awarded the Caldecott Honor in 2005. Born in Chicago, Barbara attended Pratt Institute in Brooklyn, where she earned a BFA in communication design. A full-time illustrator, Barbara says, “Books and art have always held the strongest attraction for me. I have always felt drawn to ‘commercial art’ because of its ability to reach many people. I like the idea of being part of the media in a meaningful and thoughtful way, especially with children as the audience.” She lives in the Hudson Valley in upstate New York. Visit her website at www.barbaralehmanbooks.com.