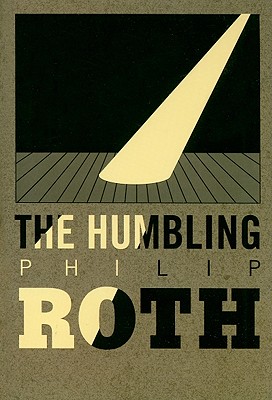 Everything is over for Simon Axler, the protagonist of Philip Roth’s startling new book. One of the leading American stage actors of his generation, now in his sixties, he has lost his magic, his talent, and his assurance. His Falstaff and Peer Gynt and Vanya, all his great roles, "are melted into air, into thin air." When he goes onstage he feels like a lunatic and looks like an idiot. His confidence in his powers has drained away; he imagines people laughing at him; he can no longer pretend to be someone else. "Something fundamental has vanished." His wife has gone, his audience has left him, his agent can’t persuade him to make a comeback.

The Humbling is Roth’s thirtieth book.


Praise For The Humbling…

"A deteriorating and increasingly irrelevant actor finds the possibility of renewal in a younger woman in Roth's tight Chekhovian tragedy...Roth observes much (about age, success nad the sexual credit lovers hold one with another) in little space, and the svelte narrative amounts to an unsparing confrontation of self." --- Publishers Weekly, starred review

"I hope you will read The Humbling, I found it to be Roth’s best work in years; sentence for sentence, paragraph for paragraph, he’s still the most readable serious writer we’ve got."
-- Jesse Kornbluth, The Huffington Post


"One of Roth’s most eloquent, painful and memorable books."
-- Kirkus Reviews, starred review

"Philip the great, Philip the audacious, the voracious...When you hear about a new Philip Roth novel, you have to read it."
-- O, The Oprah Magazine


"The Humbling is the story of arrogance deflated. Yet from its opening sentence, 'He’d lost his magic,' until its stunning, resonant final line, the result is oddly exhilarating. Unlike Axler, Roth has lost none of his power to conjure up teacups from which a willing reader gladly sips."
-- The Forward


"[Philip Roth has] been on an audacious hot streak for a dozen years...[The Humbling is] an entertaining inquiry into the relationship between sex and creativity, sex and age, and sex and the ego."
-- Entertainment Weekly


"elegant and brutal…direct and urgent, a taut and controlled fever-dream that demands to be experienced at a single sitting."
-- Los Angeles Times

A deteriorating and increasingly irrelevant actor finds the possibility of renewal in a younger woman in Roth''s tight Chekhovian tragedy. At 65, Simon Axler, a formerly celebrated stage actor, is undergoing a crisis: he can no longer act, his wife leaves him and, suicidal, he checks himself into a psych ward. Then he retires to his upstate New York farm to wait for... something, which arrives in the form of Pegeen, daughter of some old theater friends who is now a lithe, full-breasted woman of forty, though with something of a child still in her smile. A Rothian affair ensues, despite (or perhaps because of) their age difference and Pegeen''s lesbian past. Axler overlooks all the signs that should warn him not to trust too much in the affair and instead tries out more and more sexual turns with Pegeen (spanking, strap-ons, role play), until one night they pick up a drunk local for a three-way that might prove to be soul-crushing. Roth observes much (about age, success and the sexual credit lovers hold one with another) in little space, and the svelte narrative amounts to an unsparing confrontation of self. "(Nov.)" Copyright 2009 Reed Business Information.