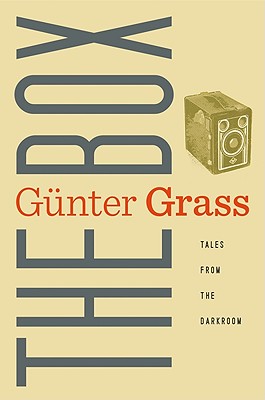 Tales from the Darkroom

“Once upon a time there was a father who, because he had grown old, called together his sons and daughters—four, five, six, eight in number—and finally convinced them, after long hesitation, to do as he wished. Now they are sitting around a table and begin to talk . . .”

In an audacious literary experiment, Günter Grass writes in the voices of his eight children as they record memories of their childhoods, of growing up, of their father, who was always at work on a new book, always at the margins of their lives. Memories contradictory, critical, loving, accusatory—they piece together an intimate picture of this most public of men. To say nothing of Marie, Grass’s assistant, a family friend of many years, perhaps even a lover, whose snapshots taken with an old-fashioned Agfa box camera provide the author with ideas for his work. But her images offer much more. They reveal a truth beyond the ordinary detail of life, depict the future, tell what might have been, grant the wishes in visual form of those photographed. The children speculate on the nature of this magic: was the enchanted camera a source of inspiration for their father? Did it represent the power of art itself? Was it the eye of God?

Recalling J. M. Coetzee’s Summertime and Umberto Eco’s The Mysterious Flame of Queen Loana, The Box is an inspired and daring work of fiction. In its candor, wit, and earthiness, it is Grass at his best.


Praise For The Box: Tales from the Darkroom…

"It may not be a memoir, but it is an exercise in soul-searching…this is a novel of great humility, questioning whether the measure of a life really is a life’s work... [Grass] shows a remarkable willingness to kick a hole in the usual self-importance of a prize-winning author."
-The New York Times Book Review

"Functioning both as experimental fiction and as a sequel of sorts to Peeling the Onion, Grass’s latest sheds light on a role the revered German author has thus far only touched upon: fatherhood."
- Publishers Weekly, starred review

“A family documentary in the form of a novel, leaving the reader to decide where the line blurs between fact and fiction…A short, engaging and puzzling novel: “He simply dreams us up!” says a daughter, as the reader wonders what to make of these dreams.”
– Kirkus Reviews

"The Box  offers "the spectacle of a superb writer examining with playful seriousness and intelligent candor the relations between his work and the past."
-Boston Globe


"Freed from the defensive crouch of his straightforward memoir, Grass has produced something more obscure and occasionally just as beautiful."
-The Daily Beast

"Is writing in this way the act of a generous father, maybe even a penitent one, or of a tyrannical egotist? This ambiguity is what gives The Box its modest but genuine power."
-Adam Kirsch, Slate

"The Box moves between the voices of his eight children, in whose collage-like recollections their elusive father-- along with a mysterious woman whose Agfa box camera is an almost magical source of inspiration-- takes shape."
-Vogue ("Fall's Best Memoirs")
or
Not Currently Available for Direct Purchase
Copyright © 2020 American Booksellers Association